Lisa Walsh spent her entire first year at Fontbonne College in a dorm basically alone, never forging any acquaintances or friendships with the other residents. Walsh was focused on her studies. The fact that she has cerebral palsy added to her self-imposed pressure to succeed. She did earn a B.S. in education and a master’s degree in social work from Washington University in St. Louis.

Today, nearly 40 years later, she is able to navigate public places with confidence in her wheelchair, with her companion service dog Easton at her side.

The reason for the change?

She attended a Handicapped Encounter Christ (HEC) Retreat and Celebration at Pallottine Renewal Center  Renewal Center in North County in October 1981, during her second year at Fontbonne.

“It changed my life,” Walsh said. “My self-esteem skyrocketed. My friend, Dan Scannell, who also had cerebral palsy (he passed away last year), had read about it in a blurb in the St. Louis Review and asked if I would go with him. He didn’t want to go alone. We didn’t know anyone when we walked in. But by the end of the weekend, all of our lives had changed.”

Walsh has bonded with many other HEC participants over the years.

“My first year at Fontbonne, I lived in the dorm because I didn’t want it to be a hassle for my single Mom (Walsh’s father passed away in 1966) to drive me back and forth to classes,” Walsh said. “I walked a little back then, using crutches, but didn’t drive. I lived in the dorm and nobody knew me, except my suite-mate, who also was my caregiver. I knew some of her friends but nobody in the dorm knew me. I had been so quiet and focused on my studies, and so scared I wouldn’t make it. After that first HEC, people I had met there would come pick me up and we would go out to parties and to dinner. I lived on the third floor and they were amazed that I would go up and down the stairs.”

Walsh, who now drives a mini-van with a ramp for her wheelchair, gained her independence at that HEC. “When they talked about the Creation Story on the Sixth Day, that changed my life,” Walsh said. “It really spoke to me. ‘And God saw all that He had made, and behold, it was very good.’ That really hit me that all of us are good and are here for a reason, and that we can go out and offer good to others. It really empowered and inspired me. HEC changes a lot of lives – for people with and without disabilities. And Pallottine Renewal Center has been a wonderful host.”

HEC was founded in 1974 in New York by John Keck, a teacher who wanted people with physical disabilities to have the same opportunities as others to come together in a faith-based setting.

“Keck (who passed away in December, 2018) was a teacher in the public schools,” said Sister Julie Cutter, a Daughter of Charity. “He was a very devout Catholic and strong believer in celebration. He began his career working with disabled students and resented the fact that disabled kids were not allowed to go to Teens Encounter Christ retreats. That was the initial motivation, to provide retreats for all.”

New York City will celebrate the 45th anniversary of the founding of HEC in August.

“I made my first retreat in New York,” Cutter said. “A lot of us who got involved were in Catholic churches or other churches. Ministers and people like myself left New York and I went to Chicago; retreats were established around the country. I came to St. Louis and three of us who had done retreats in Chicago put together the first retreat at Pallottine Renewal Center in 1980.”

Cutter said it is important that each physically disabled person is paired with an able-bodied individual for the entire weekend as they go through all activities together.

“We make it safe for anybody to come,” Cutter said. “It’s unique because it’s a mix of people. It’s so diverse and that’s deliberate: all nationalities, races, religions, ages and abilities are welcome. We also try to have someone with a medical background such as a doctor or nurse as a director.”

“I get something out of every retreat because it’s different people discussing the topics,” Cutter said. “A very important part of the weekend is music. It’s not a quiet retreat. Several people will play guitars or keyboard. Everybody plays something and generates the music. It’s generally rowdy. The idea is a lot of disabled people have a lot of quiet time. It’s all about celebrating. There’s so much wisdom, vulnerability, sharing and asking a lot of hard questions. It gets to the depths of your soul.”

Cutter said that while each retreat is structured generally the same way and the topics do not change, each retreat is unique due to the diversity of individuals and the discussions that entail.

“The handicapped name means more than it appears on the surface,” Cutter said.

According to St. Louis HEC, there was a need for those who were not only physically disabled but also able bodied to interact with one another in a faith-based setting. The more interaction that takes place, the less “disabled” and “able-bodied” labels mean. HEC maintains that every person is created in the image and likeness of God and has been given gifts that can be used to enrich the human family. HEC affirms that the purpose of each one’s gifts is to enable others to experience their gifts.

HEC is an “encounter” retreat, which means to touch Jesus and allow ourselves to be touched by Him. While HEC is based on Catholic Christian teachings and centered on the Eucharist, it is open to individuals of all faiths.

Andy Dapron, who also has cerebral palsy and is a quadriplegic, has been a participant since 2007, when he was a student at the University of Missouri-Columbia.

“I need help with showering, dressing, the restroom, what is considered medium help,” Dapron said. “Someone who was working with me as a care attendant invited me to my first HEC. I was not Catholic at the time but have since been confirmed. I was never into doing retreats because of my disability. It seemed to be daunting to do. I had been looking for something in my life for a while. I went and it was the coolest thing in the world. It was one big family and there was a lot of love there for each other. I was free to be myself. It’s a mix of all-abled, somewhat abled, and others not very abled.”

Dapron participated for the first time in November of 2007 but acknowledges it took him a while to return.

“It was a little bit of a culture shock, especially the personal care part,” Dapron said. “There is a bit of vulnerability there. There used to be two retreats a year and I was invited in the spring of 2008 but didn’t go to that one. But I don’t think I’ve missed one since I went back in the fall of 2008.”

The retreat includes typical elements of other retreats, with speakers, talks and activities for the participants. What strikes Dapron the most about the retreat is the diversity.

“Some live in institutions so for some it’s the only time they get out and it’s the first time anybody plays baseball or basketball with them,” Dapron said. “We play baseball with blind participants. We are free to be ourselves. The retreat has the very serious spiritual element combined with the fun and silly, but really, it’s all about spirituality. We all support each other, it’s a spiritual encounter the entire weekend.”

The HEC retreat also is open to anybody.

“It’s for able-bodied and people with physical limitations,” Dapron said. “Everybody finds a way to chip in; someone can help set tables or assist someone with a shower. If an able-bodied person is not comfortable helping someone with a shower, they don’t have to do it. Nobody is ever forced to do anything they’re not comfortable doing. We are all honest about what we are not able to do and what we can do.”

Participants typically do not bring their normal caregivers, unless specific care is required or some of the regular caregivers will come in the mornings and evenings to assist with dressing and showering.

“The able-bodied volunteers are part of the experience and they act as caregivers during the weekend,” Dapron said. “We all figure out how to ask for help. The first time, that was a shock for me. It takes a leap of faith because you never know who you will be teamed up with, on either side. You’re putting a lot of trust in a stranger. It’s also a culture shock for the able-bodied. It takes time and a certain degree of abandonment, on both sides. If you’re disabled, you might say you don’t want a shower because of your dignity. But that’s also part of the beauty of it. There’s not a lot of pretense. It’s a real encounter with people who have their guard down.”

HEC also does not mean that someone’s disability is visibly physical.

“I think people see the name and assume people are clearly disabled,” Dapron said. “But it’s open and speaks to everybody. None of us can be whole human beings ourselves. It speaks to your soul, there’s nobody this doesn’t speak to. Come one, come all. You will never be the same.”

The spirit and message of HEC does not end for individuals like Dapron, Cutter and Walsh and all others who remain active in the retreats when they leave Pallottine Renewal Center each year.

“All the people, the support, the coming together and celebrating God’s word is what it’s all about,” Walsh said. “You live it for three days and it’s hard to leave Pallottine Renewal    Center ’s doors. But it’s our responsibility to go out and make an impact on the rest of the world. HEC means a lot to me. It’s about passing it along, all the goodness in the world. I tell people, ‘don’t forget how good you are.’ Everybody needs to hear it. Everybody has something to offer. It’s all good, no matter what; in His eyes we all have something good.” 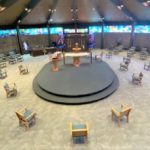 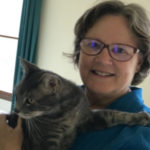 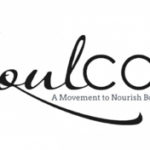 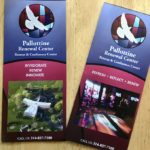 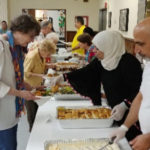