Home / About Us / St. Vincent Pallotti 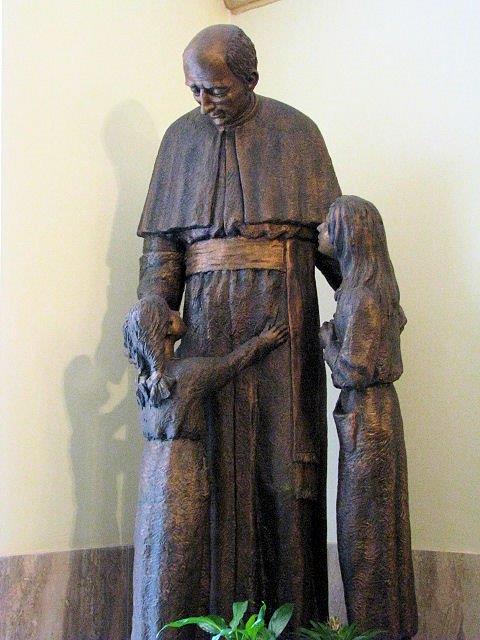 St. Vincent Pallotti’s message that all people have a purpose and are called to enter into a deep relationship with Christ and live out their lives as Apostles is incredibly relevant in today’s world that is in need of revitalization of hope, love and faith.

First and foremost, Vincent’s story was about a soul united to God. Secondly, it was a story of how this love was lived out through Vincent’s apostolic action. Through his holiness, Vincent called other souls to God. And through his apostolic works, Vincent called all people whether priest, religious, or lay person to serve God according to their talents, interests, and means. Pallotti’s revival of faith and charity during his time is why we need to study his life to see what we can glean from it to revitalize our era with apostolate action brought about by deep faith.

A Child of Rome

St. Vincent Pallotti was born in Rome on April 21, 1795 and lived there his entire life. This was a very turbulent time in the history of the Church and Italy. The French Revolution was in full swing. Popes were being removed from their seats and sent into exile, the Papal States were seeking independence, Napoleon had himself crowned king of Italy by Pope Pius VII, and the clergy had become fearful and complacent. The young St. Vincent witnessed this struggle but despite the fear and uncertainty of the times, he knew at a young age that he would become a priest.

St. Vincent was the child of Pietro Paolo and Magdalena Pallotti. He was one of ten children born, however, the Pallotti family experienced much loss during Vincent’s childhood. Only three sons survived into adulthood and none of them married, leaving no known direct descendents from the Pietro Pallotti family. 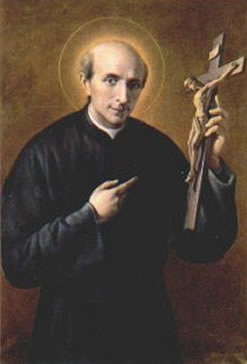 Both parents were pious and instilled in Vincent a love for Mary and the Eucharist. As a child Vincent was praying novenas and had an altar dedicated to Mary. He was also known for practicing acts of charity by giving away his food, clothing and shoes to those he encountered in need. One time his father came home to see his son tossing his mattress out the window to someone in the street. Vincent was becoming known as the “little saint.”

School was a challenge at first. Vincent showed little promise of being a good student and became frustrated with his studies. At his mother’s encouragement, he prayed a novena to the Holy Ghost and soon afterwards his intellectual abilities were unleashed. As Vincent advanced through high school, his discipline awarded him both high academic achievements and a greater understanding of the needs in the church.

“The Priest – The Tireless Apostle of Rome”

As a seminarian, Vincent recognized the revitalization taking place in the Church, especially in France, and he knew he was called to be a part of it. He was encouraged by the founding of new religious orders such as the Oblates of Mary Immaculate (Charles deMazenod, 1816), the Society of Mary (William de Chaminade, 1815), the Propagation of Faith (Pauline Jaricot, 1822). His vision that everyone would recognize their own personal vocation and role within the church was forming and becoming clearer each day and with each new encounter. Vincent was ordained May 16, 1818. He celebrated his first Mass at the Church of the Gesu in Frascati, just outside of Rome.

•  Seminary professor, lecturer and spiritual director at the university.

His priestly life changed dramatically when he was assigned to his first parish in 1834, Santo Spirito dei Napoletani. This parish reflected the Church at the time. The spiritual welfare of the people was being neglected while the priests’ concerns were for themselves. St. Vincent’s arrival at Santo Spirito was met with opposition by the local priests but he continued on, determined to revitalize the faith for all of those who hungered for it. He remained involved in his apostolic endeavors and recognized the growing need to have the laity more involved in the Church and its apostolic mission.

St. Vincent lived a life of interior sanctity – a soul inflamed with love Vincent longed for a perfect love of God, yet he knew this could not be attained without an intense desire for it. Vincent felt that since we were created in the image and likeness of God, we are obliged to reflect our Maker. Yet the “obligation” itself would not be enough to motivate us, rather he felt the quickest means of obtaining perfection and reflecting the love of our Creator was through desire: “Blessed are they who ardently crave sanctity, for their desire will be fulfilled.” To Vincent, spiritual perfection was a joy.

In his desire for perfection, St. Vincent used prayer, spiritual readings, meditation, discipline of his thoughts, and the sacraments to enter into his mystical union with God. For Vincent, prayer was his means of asking God to increase his union with God. So fervently and confidently did Vincent pray, that “he was convinced that he could obtain all graces through prayer, and therefore he prayed continually.” (Soul of a Saint, p.43)

St. Vincent’s devotion to Mary came from his innermost desire to know Jesus. Vincent looked towards Mary as a powerful patroness and teacher who imitated her Son most perfectly and who would help him follow in Jesus’ footsteps. So convinced that his devotion to Mary would lead him to imitate Christ, Vincent consecrated all his actions and writings to honor Mary Mother of Divine Love. Likewise, Vincent desired all people to foster a love for Mary. Vincent knew that by loving Jesus’ mother, Mary would in turn help us to arouse the desire to imitate her Son.

Vincent Pallotti – Founder of the Society of the Catholic Apostolate

One of the more endearing traits of St. Vincent was his ability to get others involved in the mission of the Church. He knew that any revitalization within the Church or renewal of faith was not going to happen by a single individual. Rather, Vincent saw the renewal of the Church as everyone’s mission.Vincent began forming a small group of followers that would use their talents to evangelize and spread the Gospel message to all parts of the world, as well as to all of those they encountered daily. This group became known as the Union of Catholic Apostolate (UAC).

“Could not God, by Himself and in a moment, revive faith and rekindle charity among Catholics, and let Himself be known and loved by everyone in the world? Yes, God could do that with an omnipotent act of His will, but He does not usually do so in the ordinary course of His Providence… Why? For a reason worthy of His infinite Wisdom. God wants everyone to co-operate as much as possible in the salvation of all. (This is the motive worthy of God’s infinite Love.)” (OO CC IV, p.307)

“Every Catholic of the Church of Jesus Christ must rejoice because, as a Priest, religious or layman, he can utilize his talents, knowledge,learning ,studies,power, status,profession, words, earthly goods, or at least prayers, to do whatever is possible to revive the faith of Jesus Christ, to rekindle charity among Catholics and to propagate it all over the world. In using his talents, power, doctrine, money, earthly goods, good deeds and prayers he can acquire the merit of the Apostolate, equal to, and even greater than that of the Apostles, if the perfection of his actions and the intention of his heart surpass that of the Apostles.” (OO CC, IV, p. 181-182)

From this concept and a handful of a few followers in the beginning years, the UAC has grown and is international. There are thousands of members worldwide. The mission is the same today as it was in 1835: Revive faith, rekindle love and unite all Christians.

The Death of St. Vincent Pallotti

St. Vincent Pallotti died Jan. 22, 1850. During the celebration of the Epiphany, he told his followers that they would be celebrating the next year without him. He died in his bedroom with some of his followers with him. It is written that a sweet odor lingered in the room for a month after his death. The Fathers of the UAC (the Pallottine Priests) had foresight that on his death they locked his room and immediately began collecting whatever they could that pertained to Vincent Pallotti. People who knew Vincent had already suspected that he would be a saint someday. They freely gave the priests any letters or articles that they had in their position that Pallotti had given them.

Two years after his death, the priests began the canonization process. However, Vincent would not be proclaimed blessed until January 22, 1950 by Pope Pius XII. Nearly 13 years later, Pope John XXIII canonized St. Vincent on January 20, 1963.