Adding to the beauty of the 83 acres surrounding the Pallottine Renewal Center is the Karst landscape: one of the most unique and beautiful geological features in Missouri. Missouri Karst topography is gradually formed from the disintegration of soluble limestone over millions of years. The erosion of the limestone sculpts caves, sinkholes, underground springs and uneven terrain. This variety of resulting surfaces supports huge numbers of plant and animal species that take refuge in the inaccessible areas: rare plants, invertebrates, frogs, bats, and microbiological biodiversity. While karsts are scattered in various areas of Missouri, the Florissant karst is particularly recognized for the intense density of the steep sided crevasses and underground water aquifers. During your visit at Pallottine Renewal Center, be sure to take a walk on our trails and appreciate this essentially undisturbed, environmentally unique landscape. 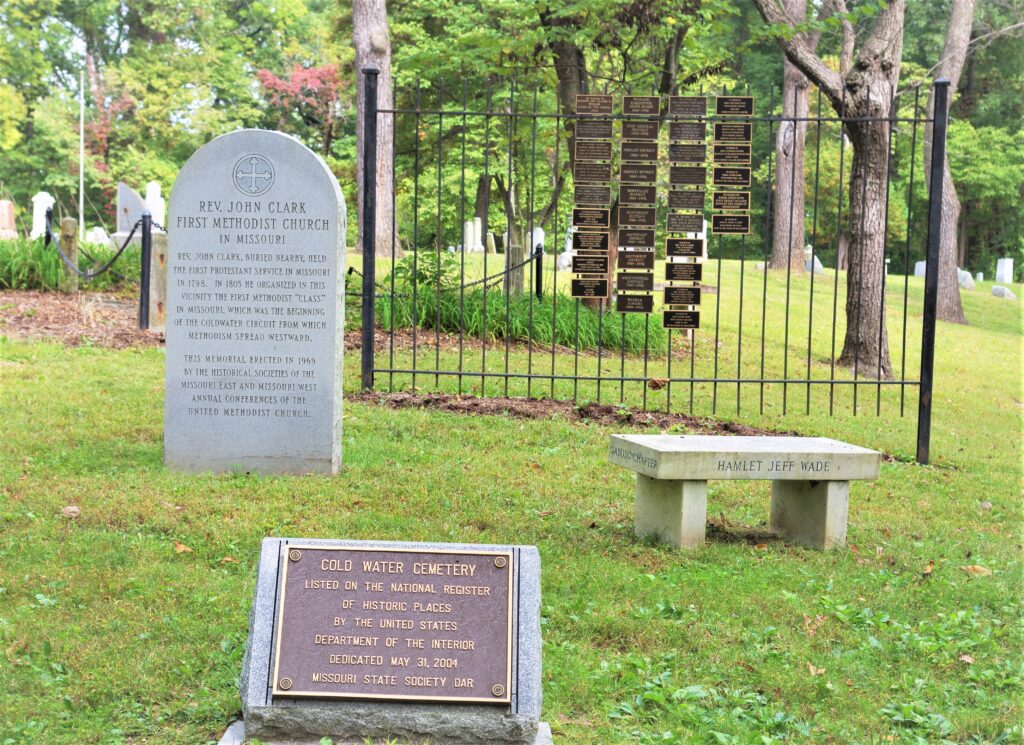 Cold Water Cemetery is probably the oldest existing burial ground of the American Settlers who came west of the Mississippi River, when those lands were still under the rule of Spain. The historic cemetery is considered to be the oldest Protestant Cemetery still in use, west of theMississippi River. On November 3, 1963 the cemetery was officially given to the Missouri State Society, Daughters of the AmericanRevolution who continue to maintain this historic site. Factually, the first known burial at Cold Water Cemetery is that of KeziahPatterson, first wife of John Patterson Sr, Revolutionary War Soldier in 1809. Today the Cemetery honors the patriots and veterans of 9 wars: Revolutionary War; War of 1812; Seminole War; Civil War; Mexican War; World War I, World War II, Korean War; Vietnam. 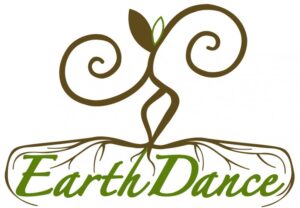 EarthDance Farm, in Ferguson, MO, is the site of the oldest organic farm west of the Mississippi. EarthDance Organic Farm School runs a variety of programs to educate all ages about organic farming and gardening, permaculture and sustainability.

Columbia Bottom Conservation Area is located at the confluence of the Mighty Mississippi and Big Muddy Missouri rivers and is managed to provide a mosaic of floodplain habitats. There are 4,318 acres with 6.5 miles of river frontage, about 800 acres of bottomland forest and a 110 acre island. 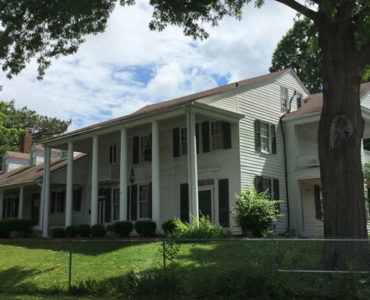 This historic antebellum home was built by a French trader in a 350 acre walnut grove on the end of the Commons of Florissant dating back to 1790. It is believed to be the oldest remaining home in St. Louis County. The original log cabin, purchased in 1805 by John Mullanphy, an early merchant and trader and St. Louis’ first millionaire, grew through the years during which it served as the home of five generations of the Mullanphy family. 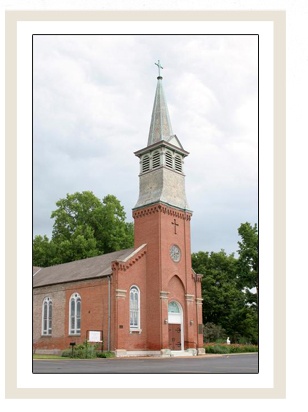 St. Ferdinand church, built in 1789, is the oldest Catholic Church building from the Louisiana Purchase Territory to remain standing. Turn of the 19th century, a new church and convent were built to house the Religious of the Sacred Heart, including St. Rose Philippine Duchesne, who came from France to establish a school for Native American children. 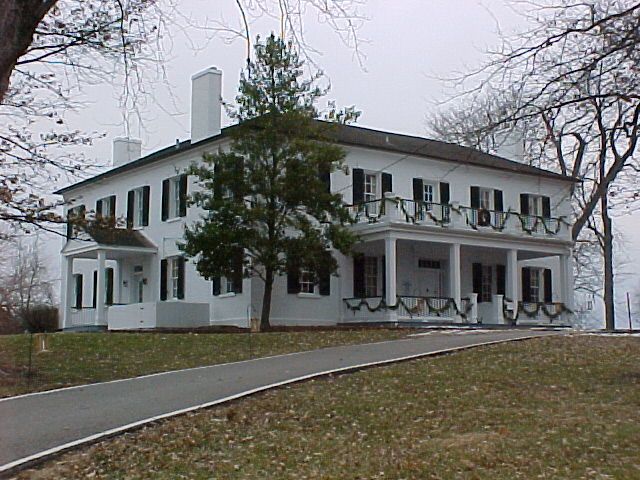 The General Daniel Bissell House was built between 1812 and 1820 and is an outstanding and early example of the Federal style of architecture in the Missouri Territory. Daniel Bissell was an important figure in the early military history of the region, serving as commandant of Fort Bellefontaine, the first United States fort west of the Mississippi. The house reflects its occupancy by five generations of his family before they gave it to St. Louis County in 1961 with many of its original furnishings. 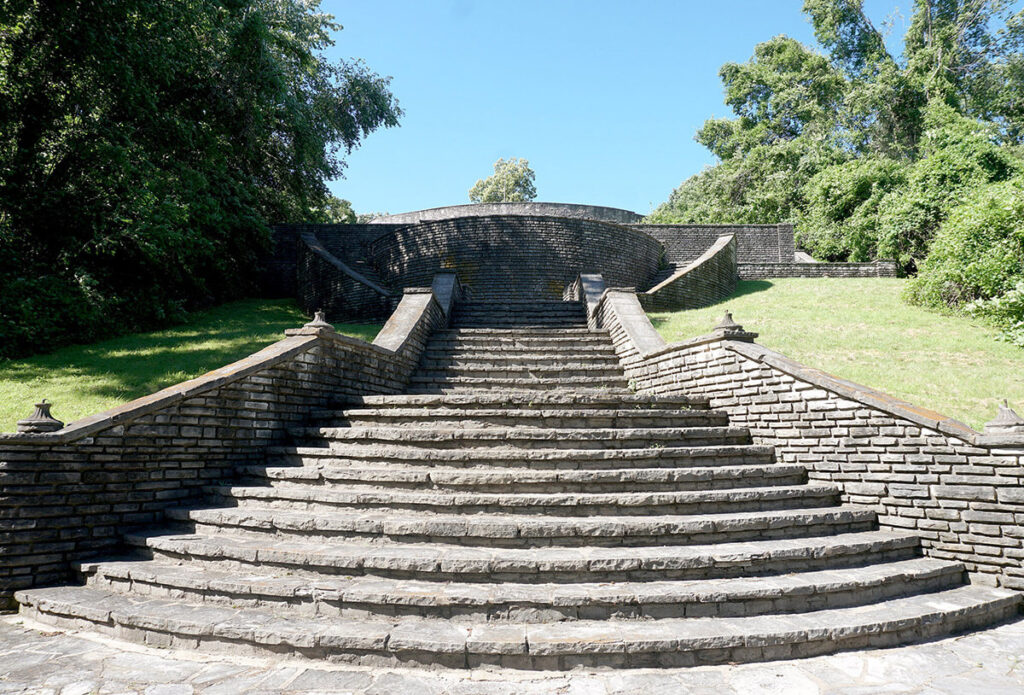 Fort Belle Fontaine Park has been a St. Louis County Park since 1986. Few are aware that this was the first United States military installation west of the Mississippi River, established in 1805. Lewis and Clark’s Corps of Discovery expedition (1804-1806) spent the first night of their expedition on an island opposite Cold Water Creek and their last night two years later at the fort, which had been established in their absence. Other major expeditions left from this site between 1805 and 1819 to explore the newly acquired Louisiana Territory.